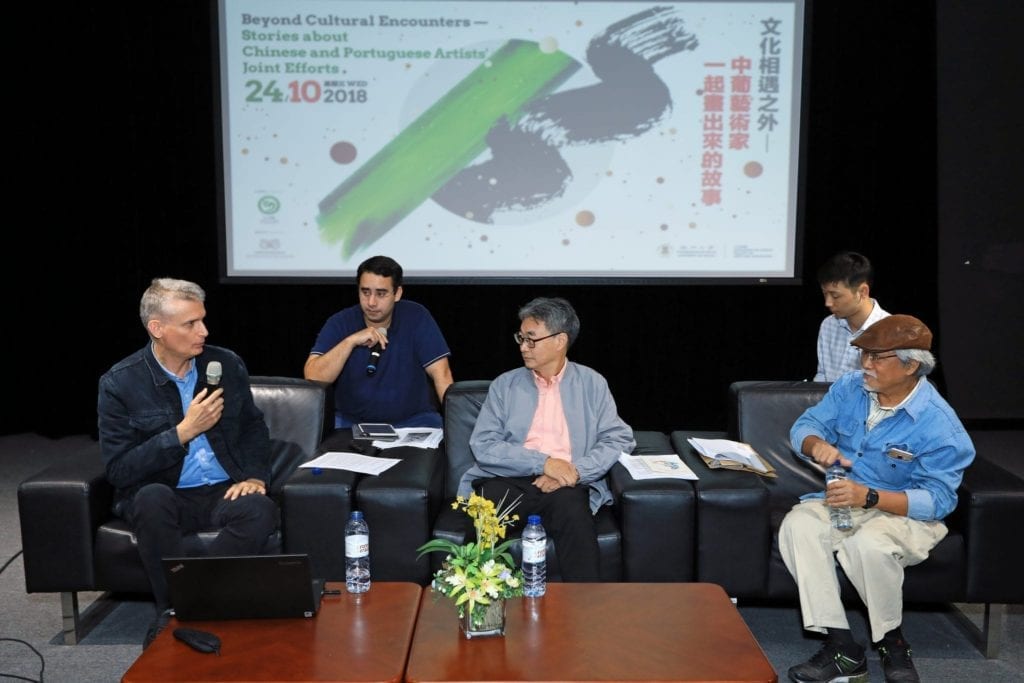 The University of Macau (UM) Confucius Institute held a talk titled ‘Beyond Cultural Encounters – Stories about Chinese and Portuguese Artists’ Joint Efforts’. Leong Iok Fai, an artist from Macao; André Aveline António, vice president of the Macau Orient Painting and Calligraphy Association and a Macanese artist; and Gonçalo Cardoso de Menezes, an architect and painter from Portugal, shared their experience and had an in-depth discussion on the historical background of cultural exchange between Chinese and Portuguese artists. The event attracted many UM faculty members and students, as well as Macao residents and Portuguese citizens. During the talk, Leong and António showed the audience an art experiment in which Portuguese and Italian language were used to sign Chinese traditional paintings. De Menezes talked about how he incorporated elements of Chinese mythical creatures into his paintings of Western mythical creatures.

For the full version, please refer to the Chinese version. 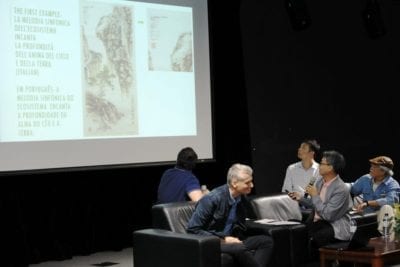 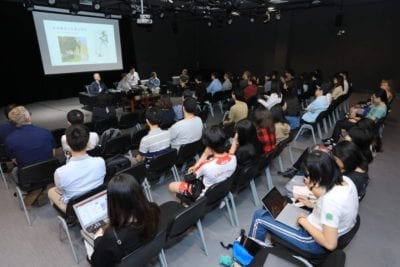